She had a previous malunited triple by a non foot and ankle surgeon that over time became un-braceable. She had periods where her A1C drifted too high to allow safe recon, and COVID delayed surgery as she needed ECF placement post-op.

She is semi-neuropathic. Her talus had both features of AVN and Charcot. When the MSK radiologist that interpreted her films and I chatted he felt strongly AVN was not certain, and neither was Charcot.

Given the patient’s basic desire to have a limb she could stand on, and reliably wear a brace without the tendency to develop sores, I felt an ankle fusion and a multiplanar midfoot osteotomy would best allow correction.

At 11 weeks post op her ankle fusion is united, and she is full weight bearing in a walking boot. She is starting physical therapy to work on muscle tone and transition to shoe and AFO. 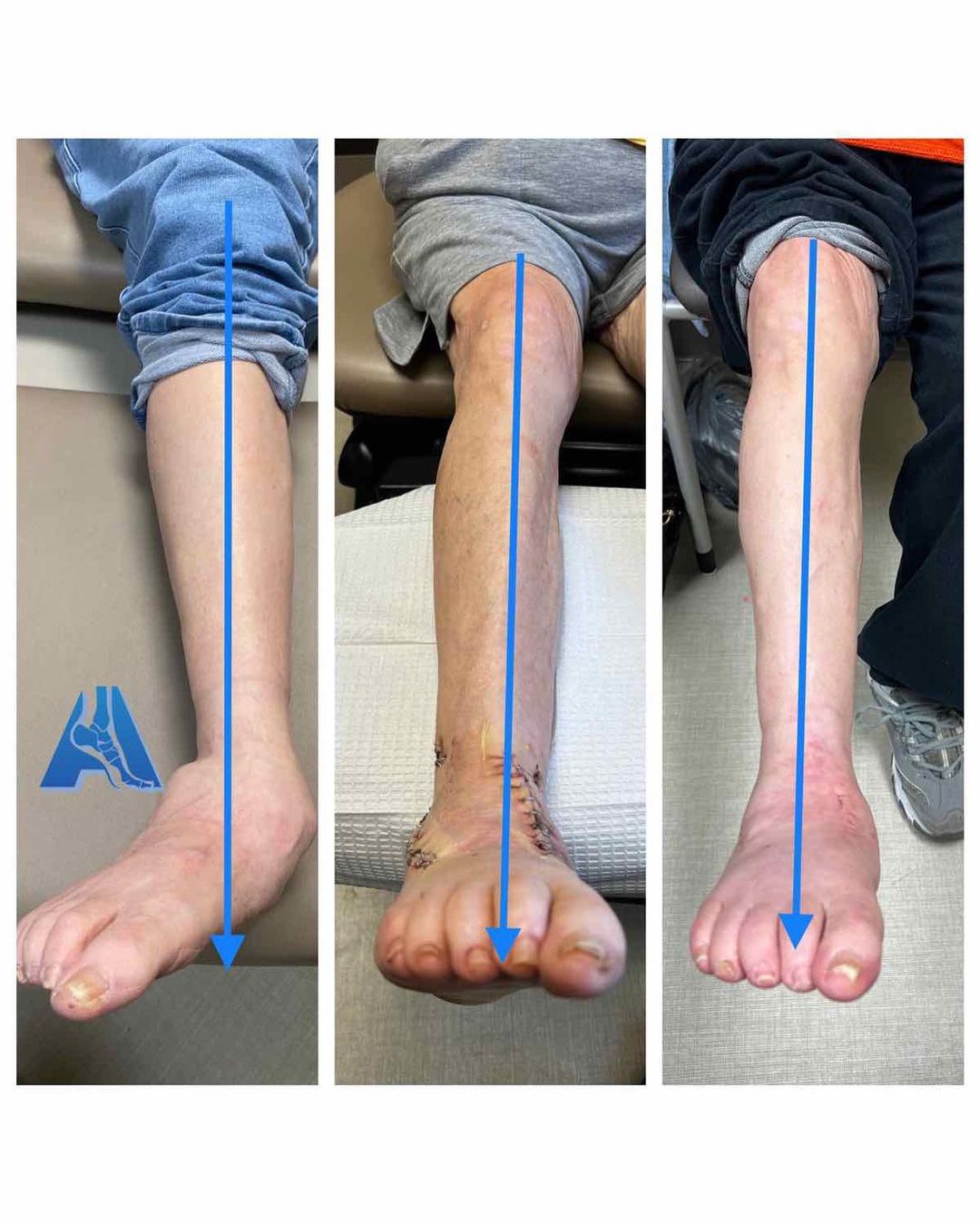 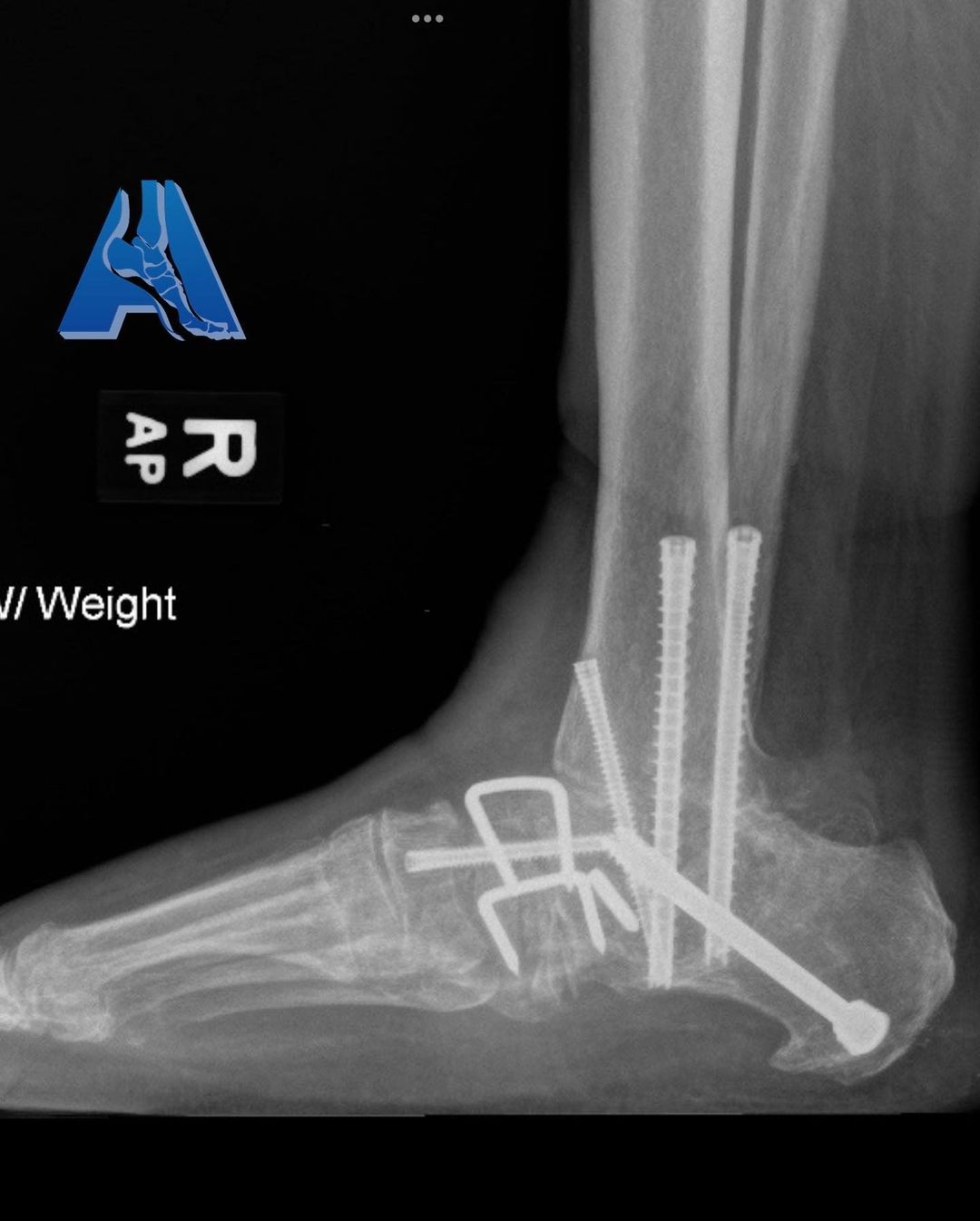 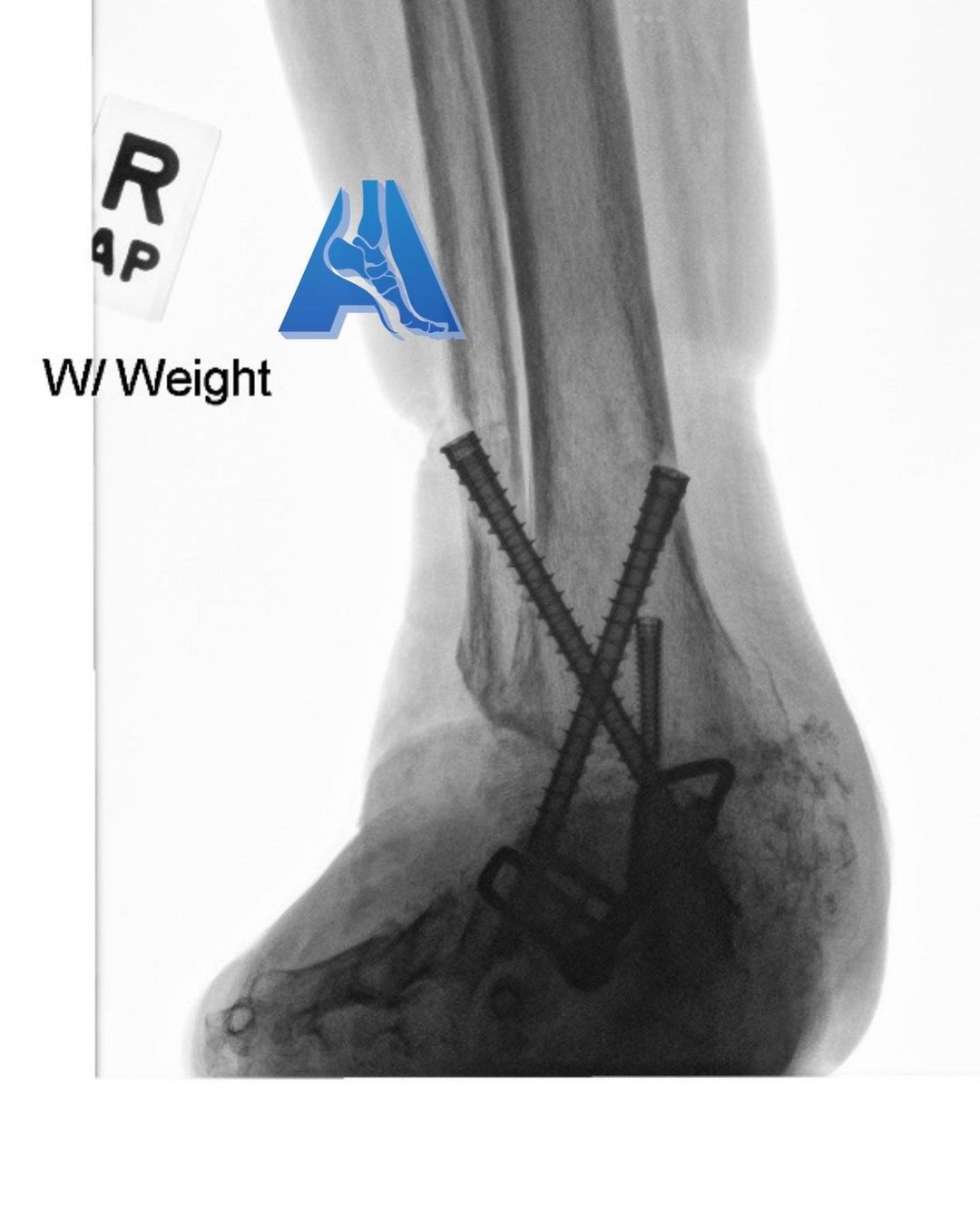 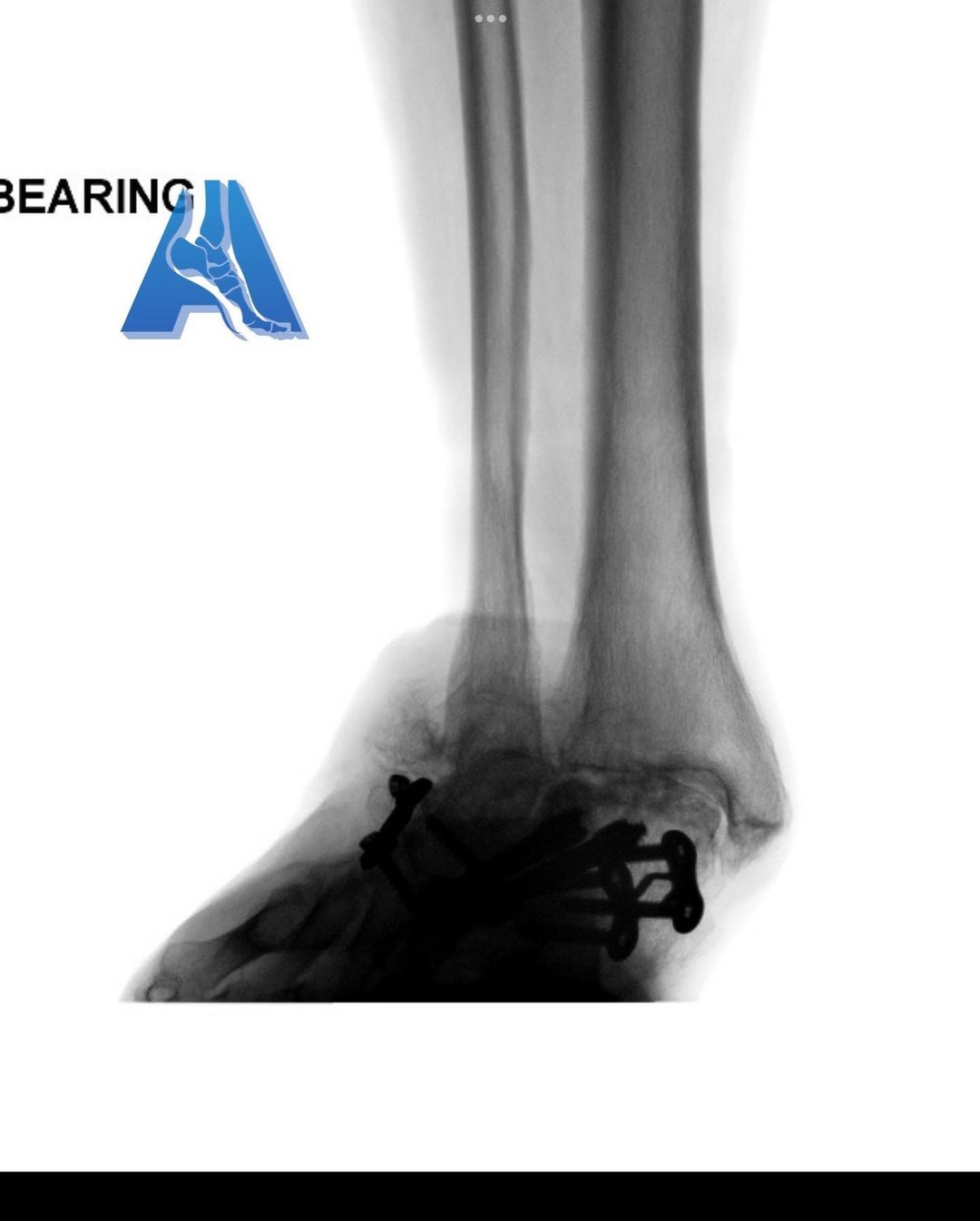 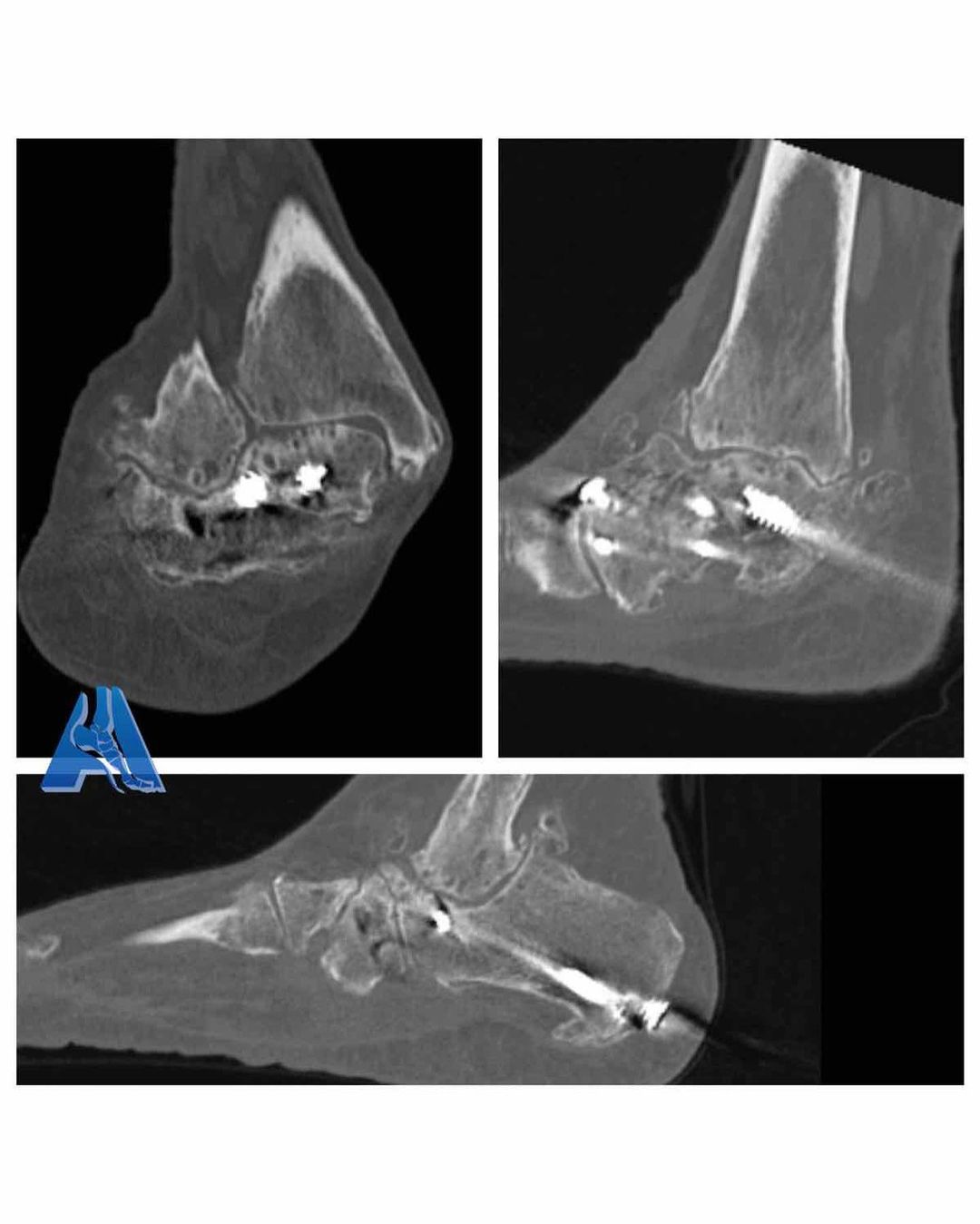 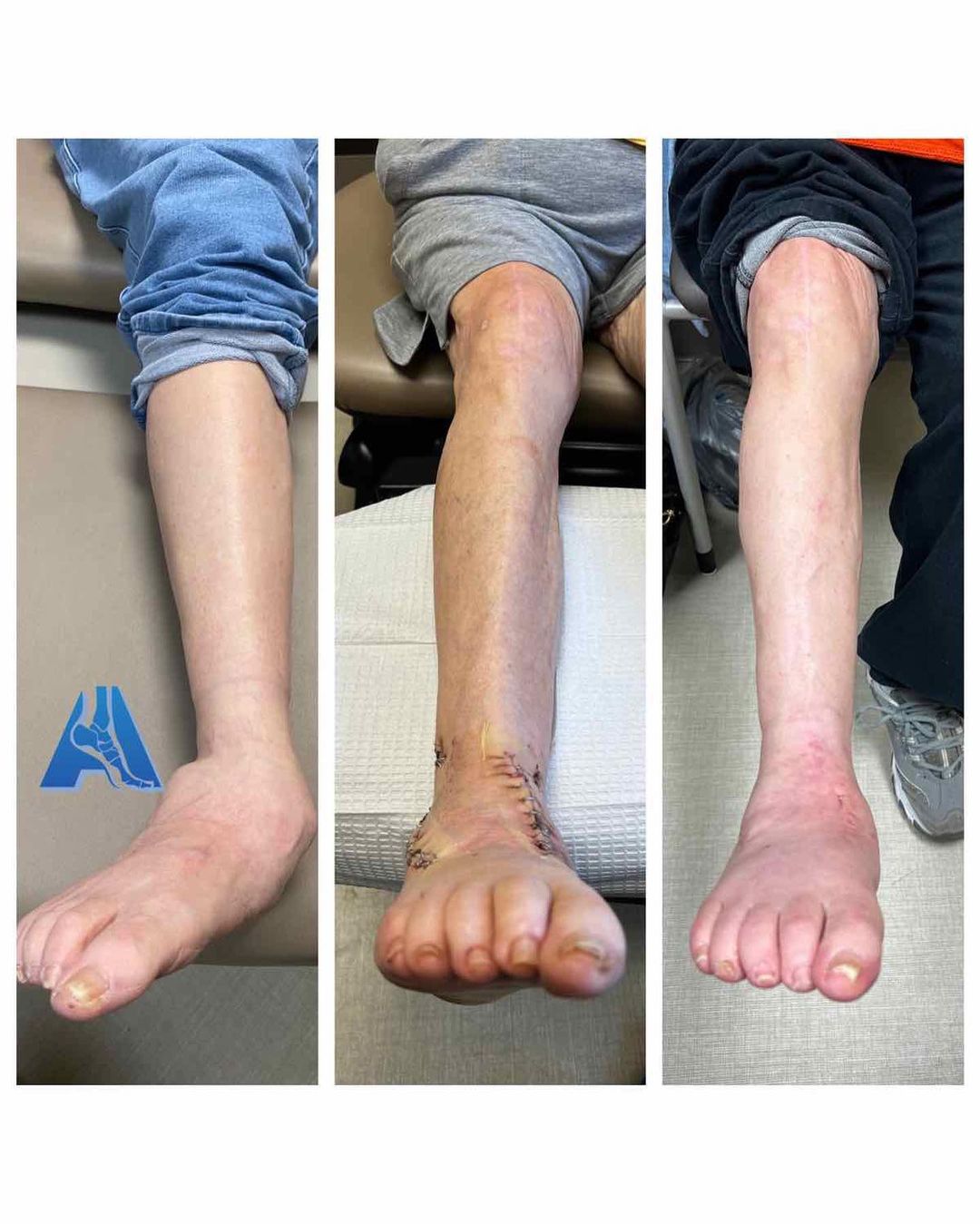