This pleasant 69 yo female fell going to feed her horses morning after a substantial snowfall in February.

She presented to the ED at 8am, and due to her coincidental NPO status, we were able to operate on her by ~1pm. That included time for H&P, pre-op imaging, and US guided pop/adductor blocks. Timing worked out well as we had just finished applying a delta frame on another fracture due to same storm.

It is evident on the CT at the lateral aspect of the PM fracture (PMF) there is incarcerated articular surface that would prevent reduction. To address this (after dissection of the most proximal aspect of the fracture only) we used a dental pick to distract the fragment posteriorly, & introduced a pituitary rongeur to snatch the articular fragment out.

Fixing these fractures within that 8-10 hour window prior to profound edema setting in seems to allow smooth reduction, and avoid soft tissue complications.

We elected to use screws and washers, rather than a buttress plate for the PMF.

The included articles were found without a thorough lit review. Regardless, they both demonstrate that not only is reduction better achieved directly, rather than via the lazy man’s “A-P screws”, but also that fixation method may not matter. The 2014 FAI article was a Level II prospective study that showed equivalent results when comparing buttress plating vs lag screws.
We have gone back and forth between plating, versus lag screws, and have anecdotally seen little difference in outcomes. Although, we tend to favor the plate for longer, larger PMF’s.

This patient ultimately healed well – the WB image was taken at 10 weeks from DOS. She does have occasional paresthesias along her post-lateral incision suggesting some mild Sural neuritis. She is in PT working on ROM, and limp elimination. She unfortunately had a retinal detachment surgery 14 weeks after the ORIF which set back her recovery.

Comment below whether you prefer buttress plate, or screws for PMF’s! 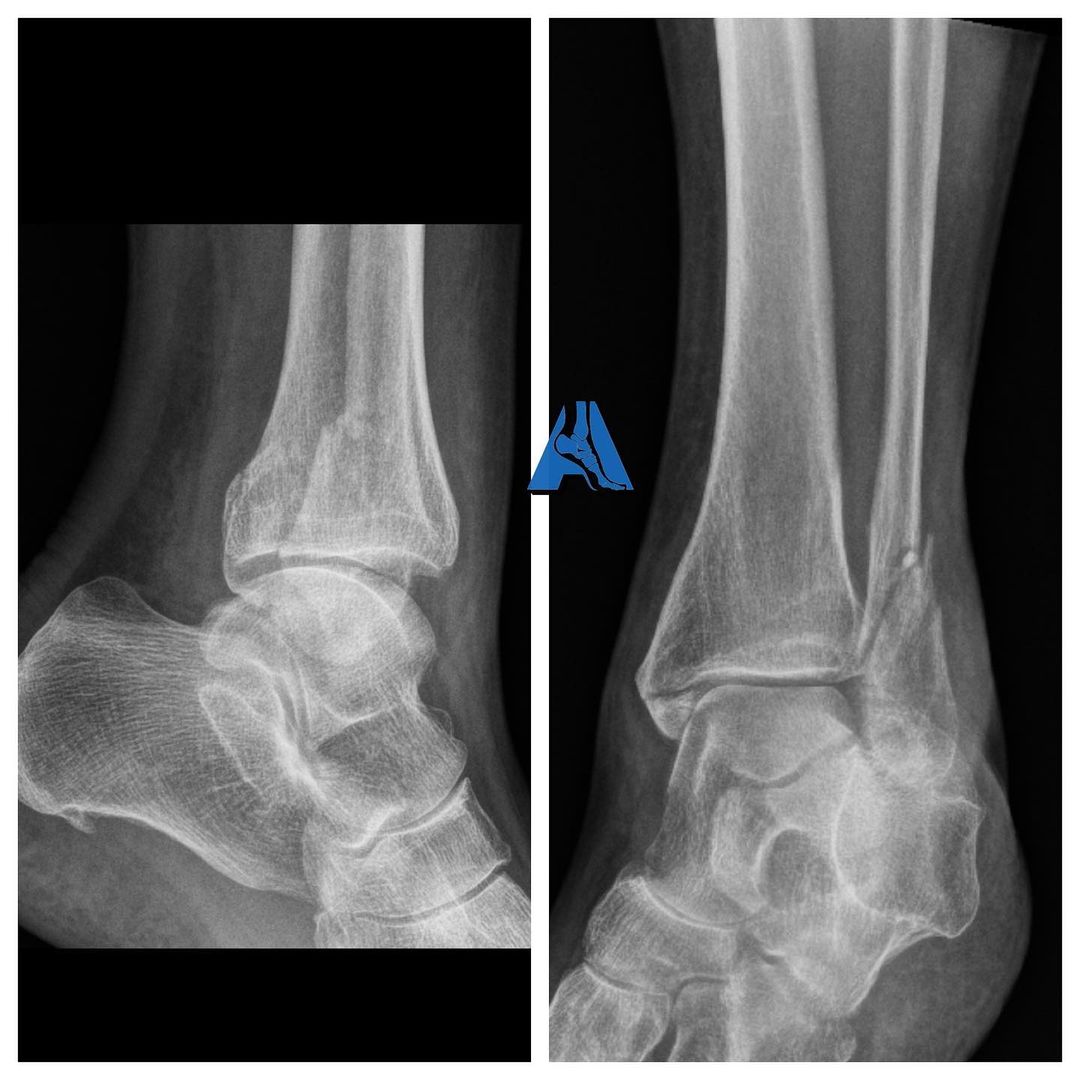 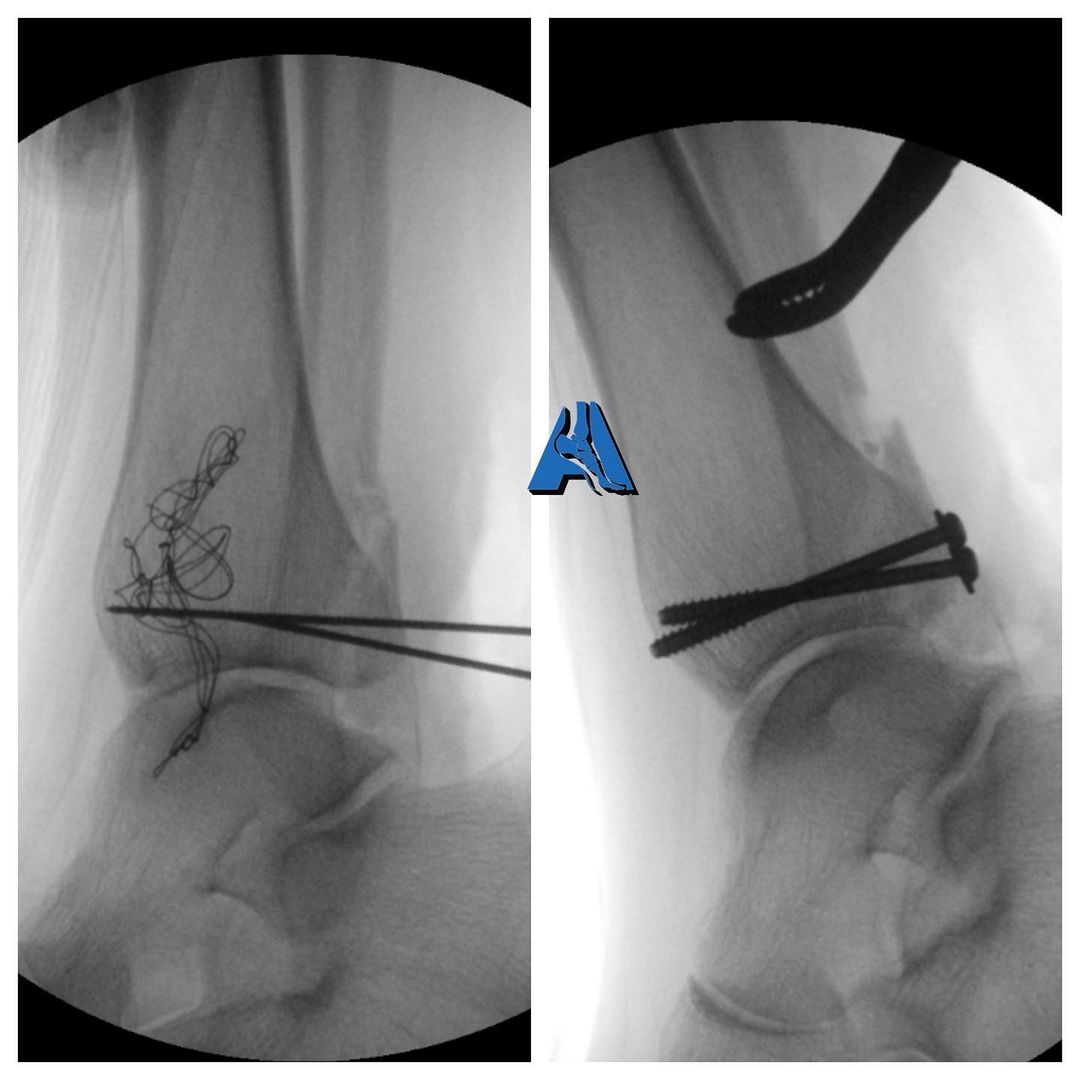 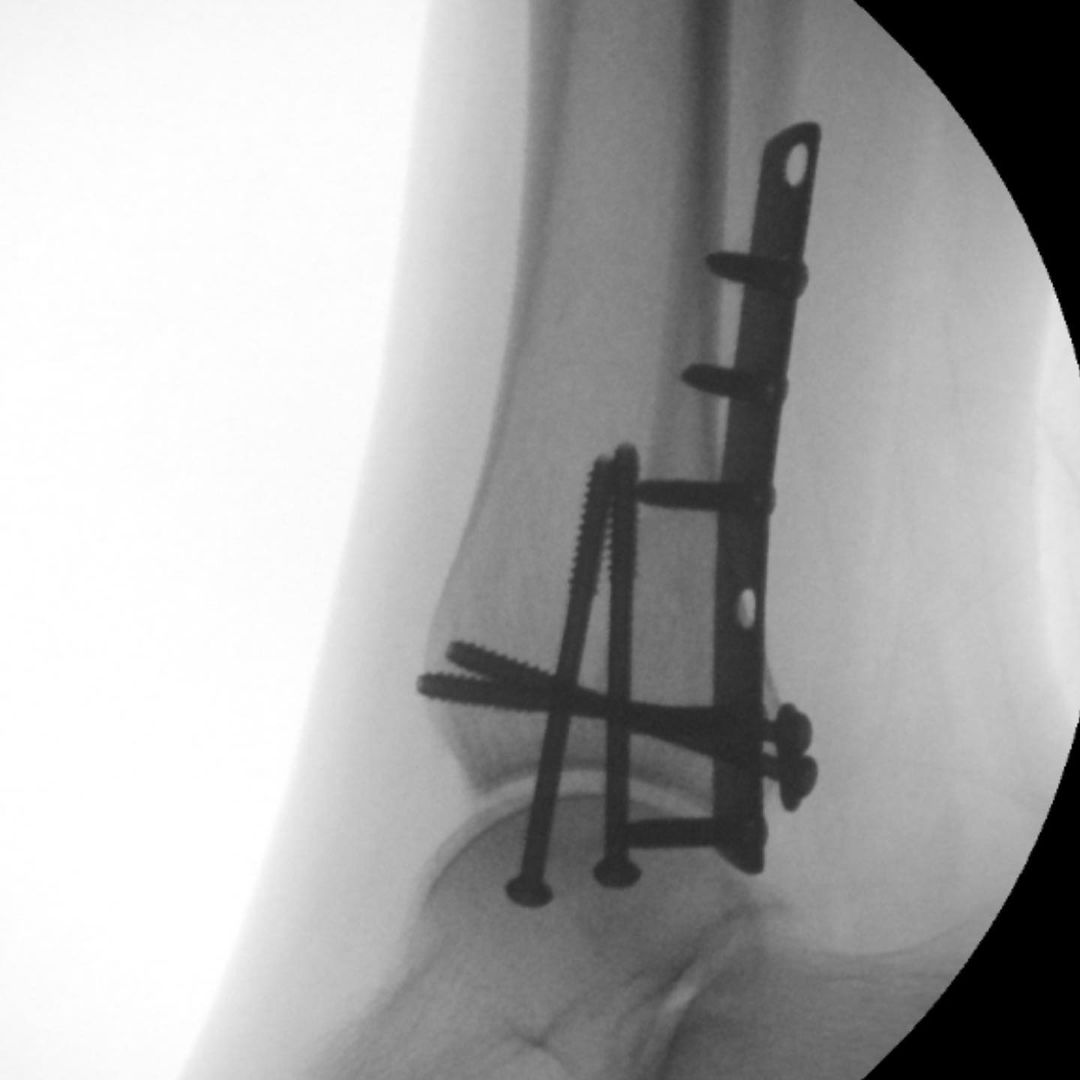 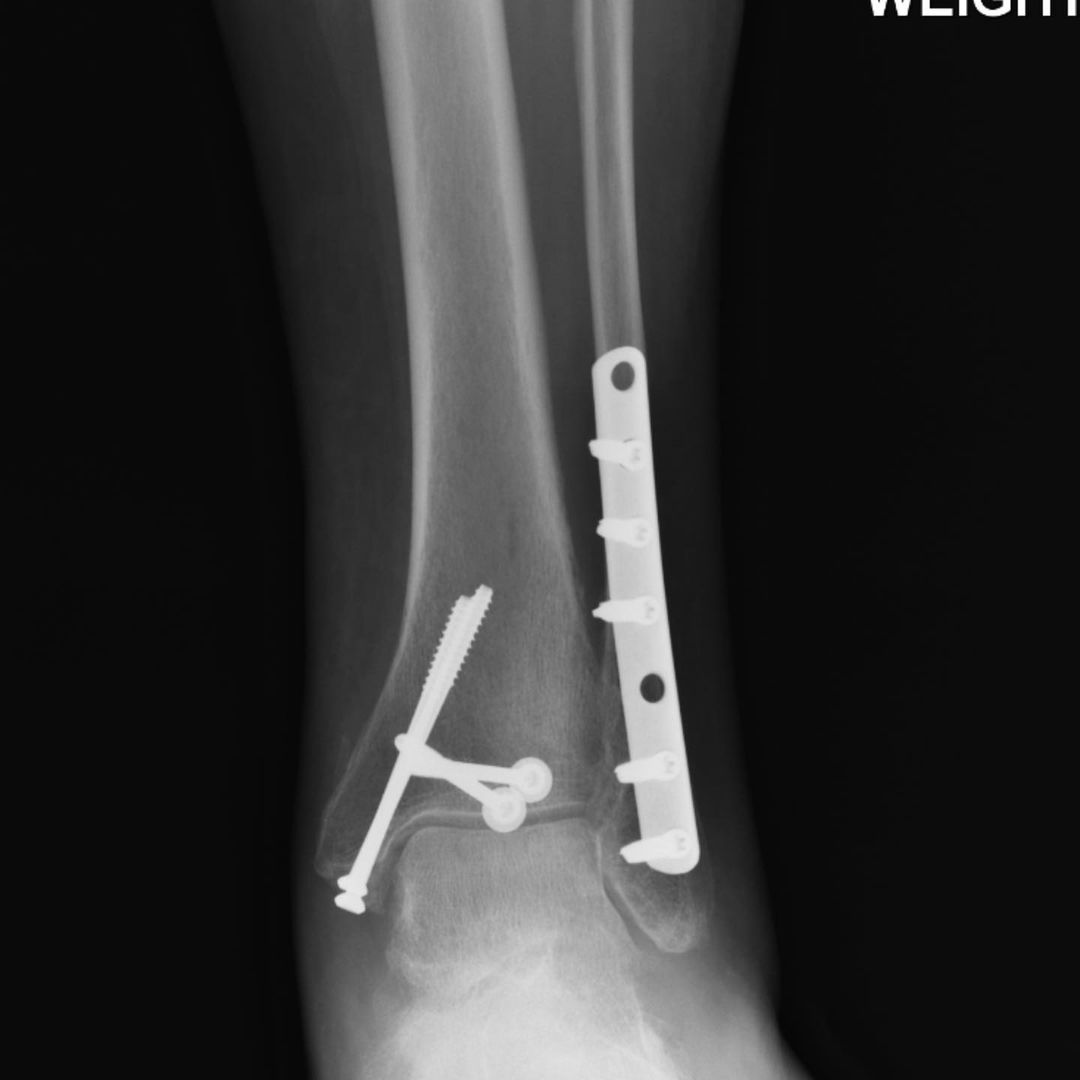 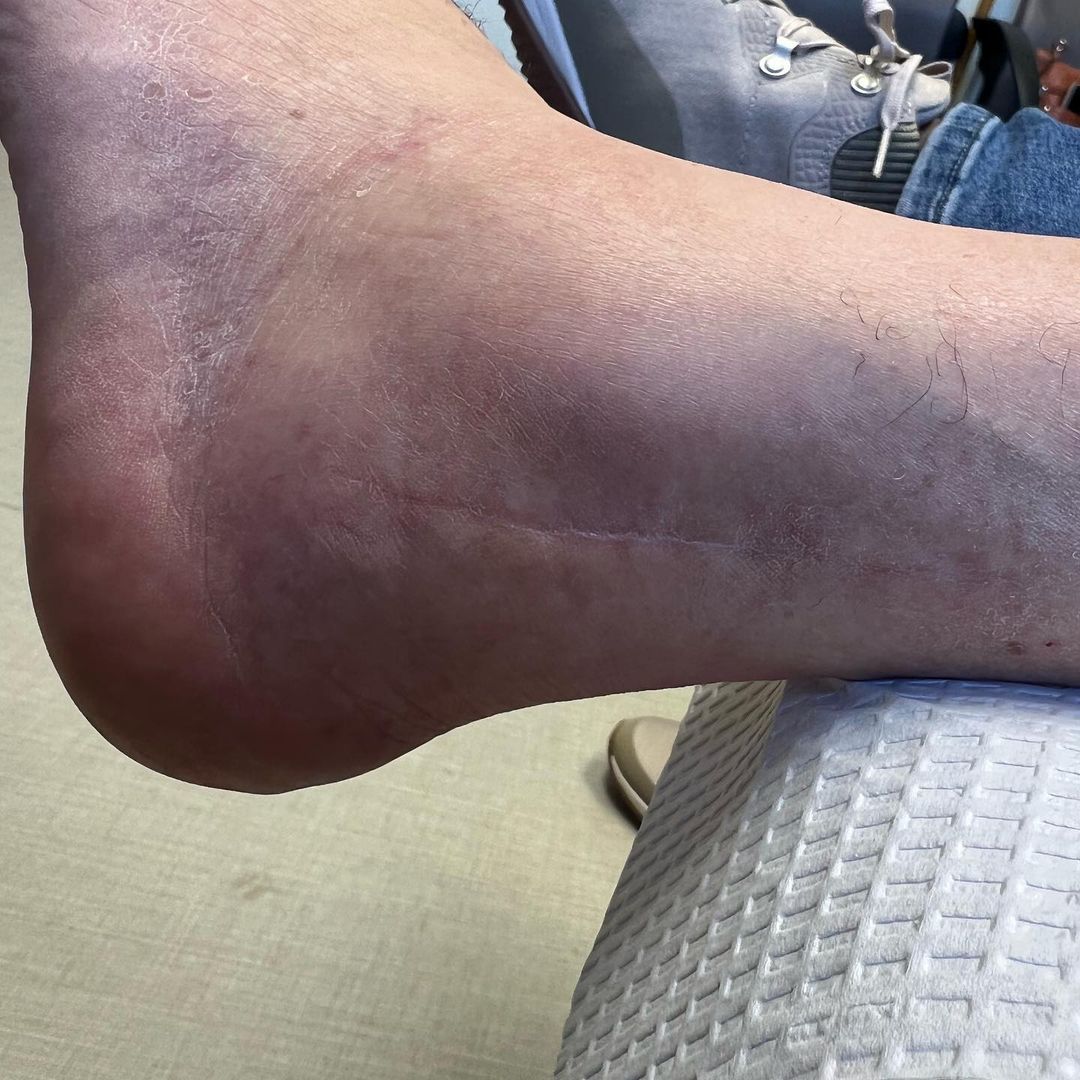 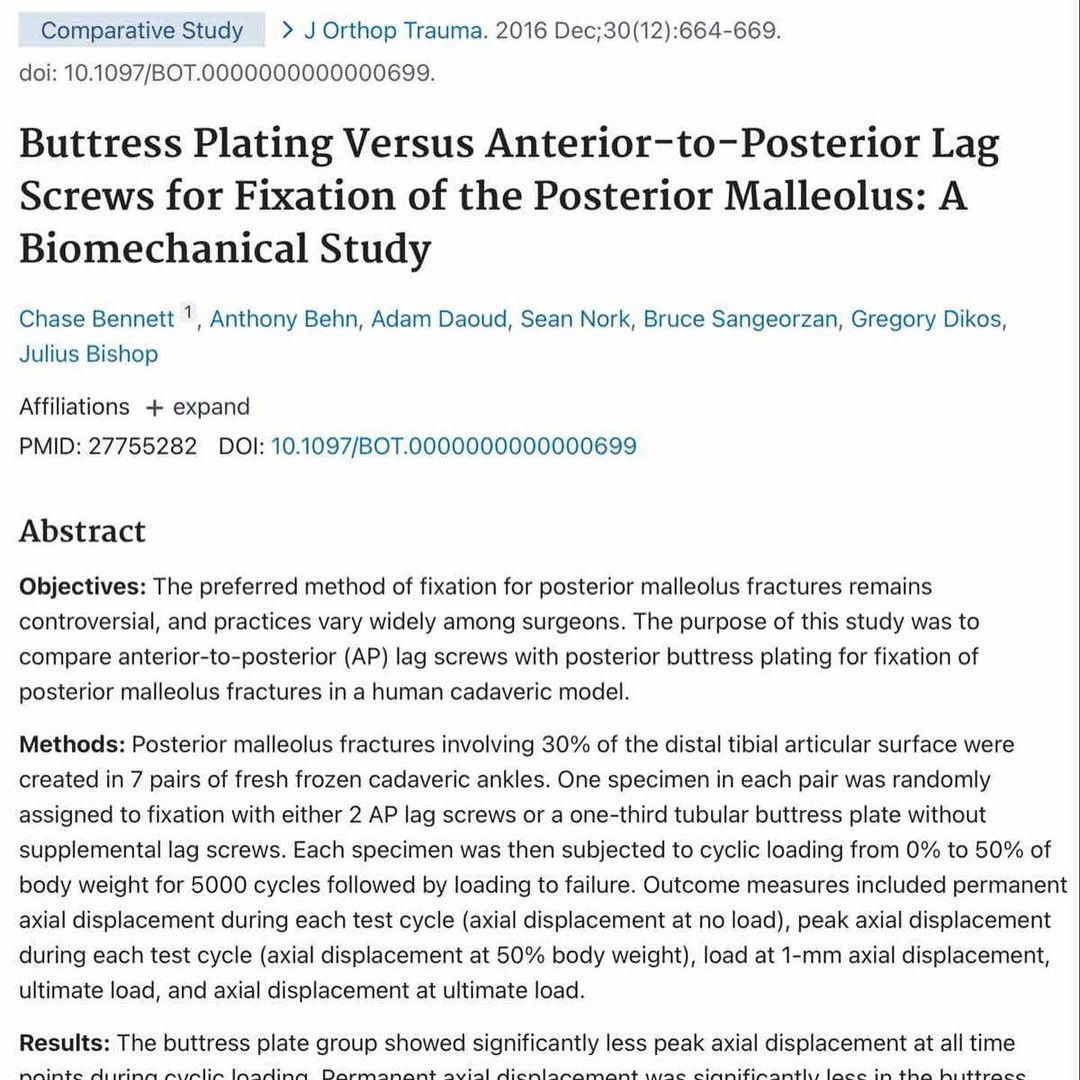 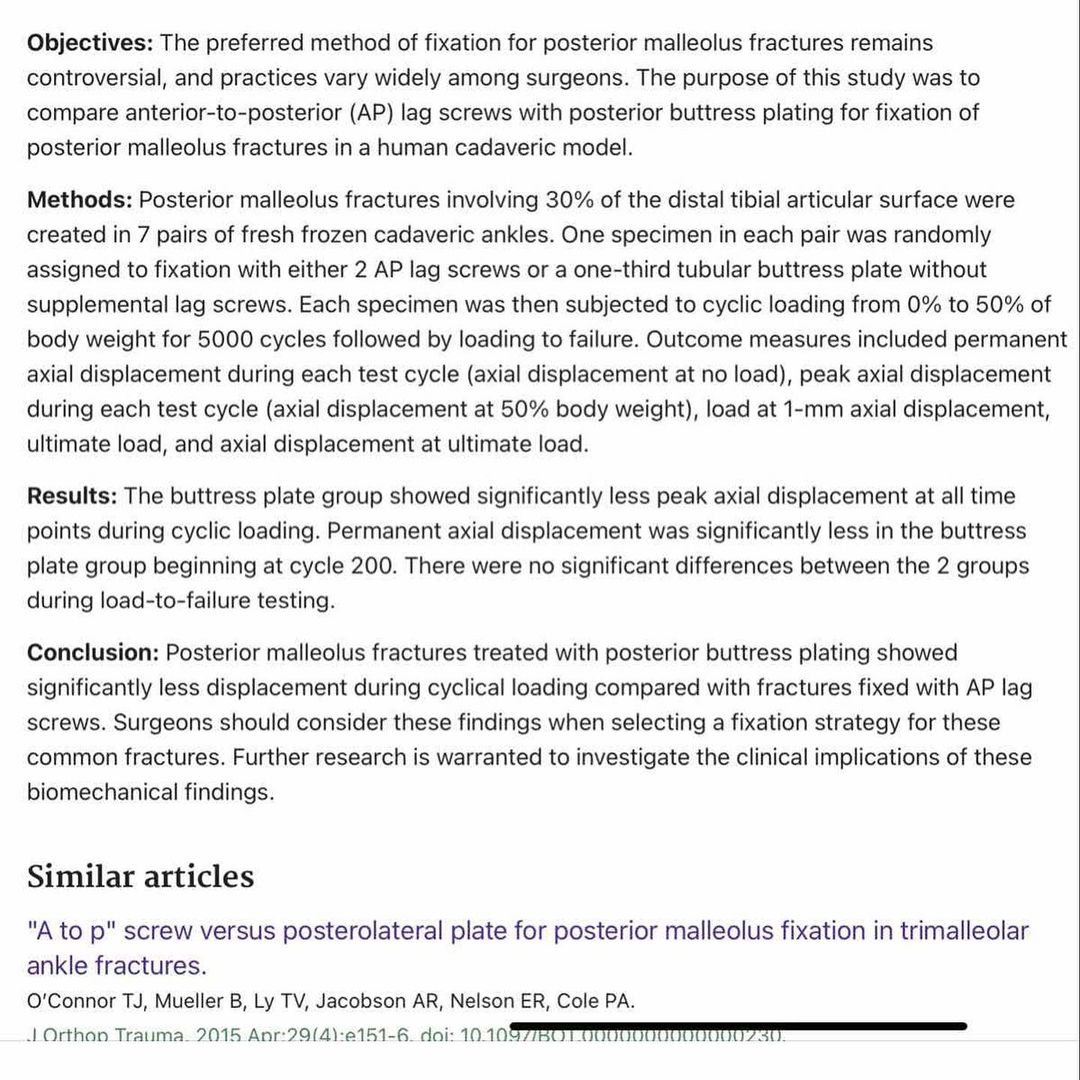 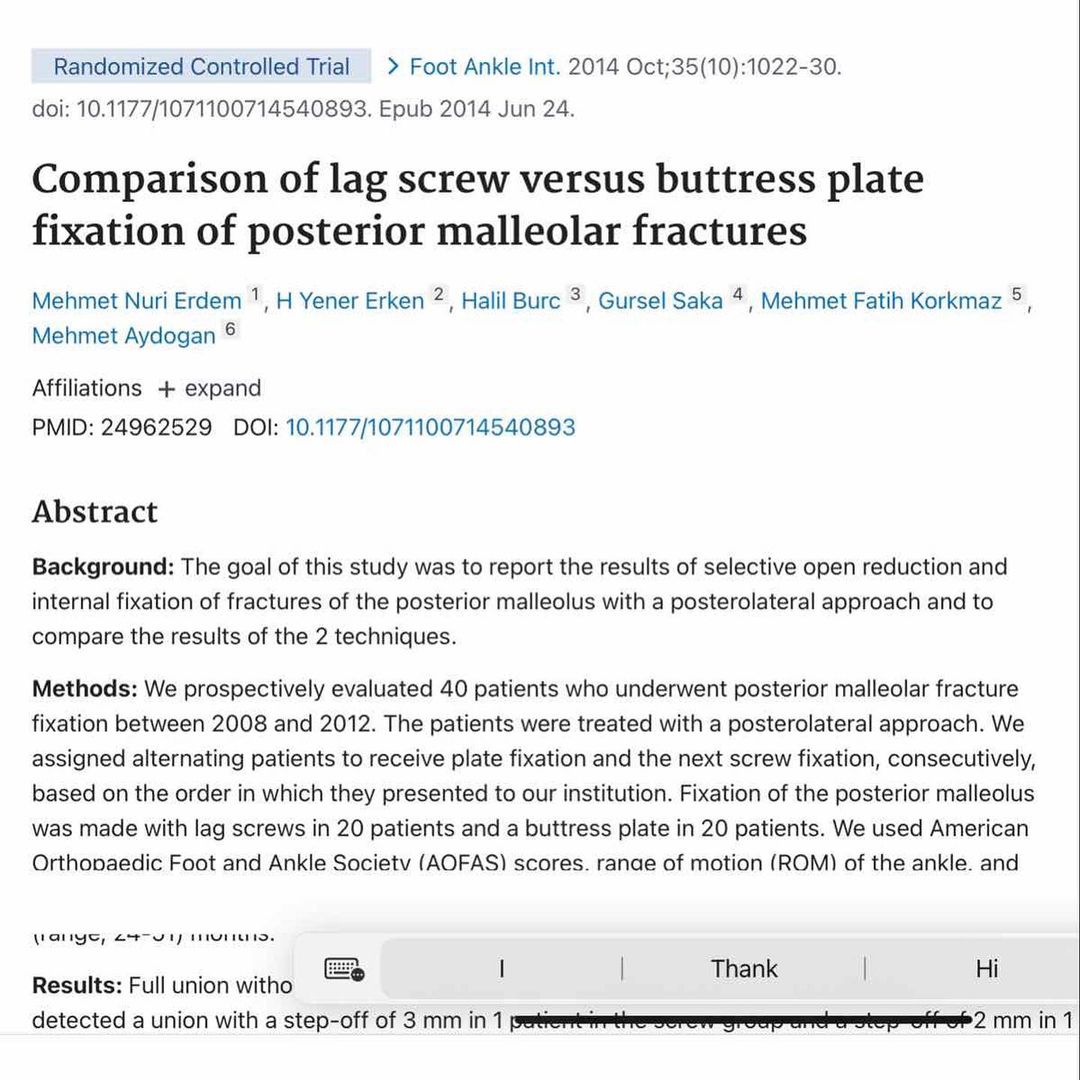 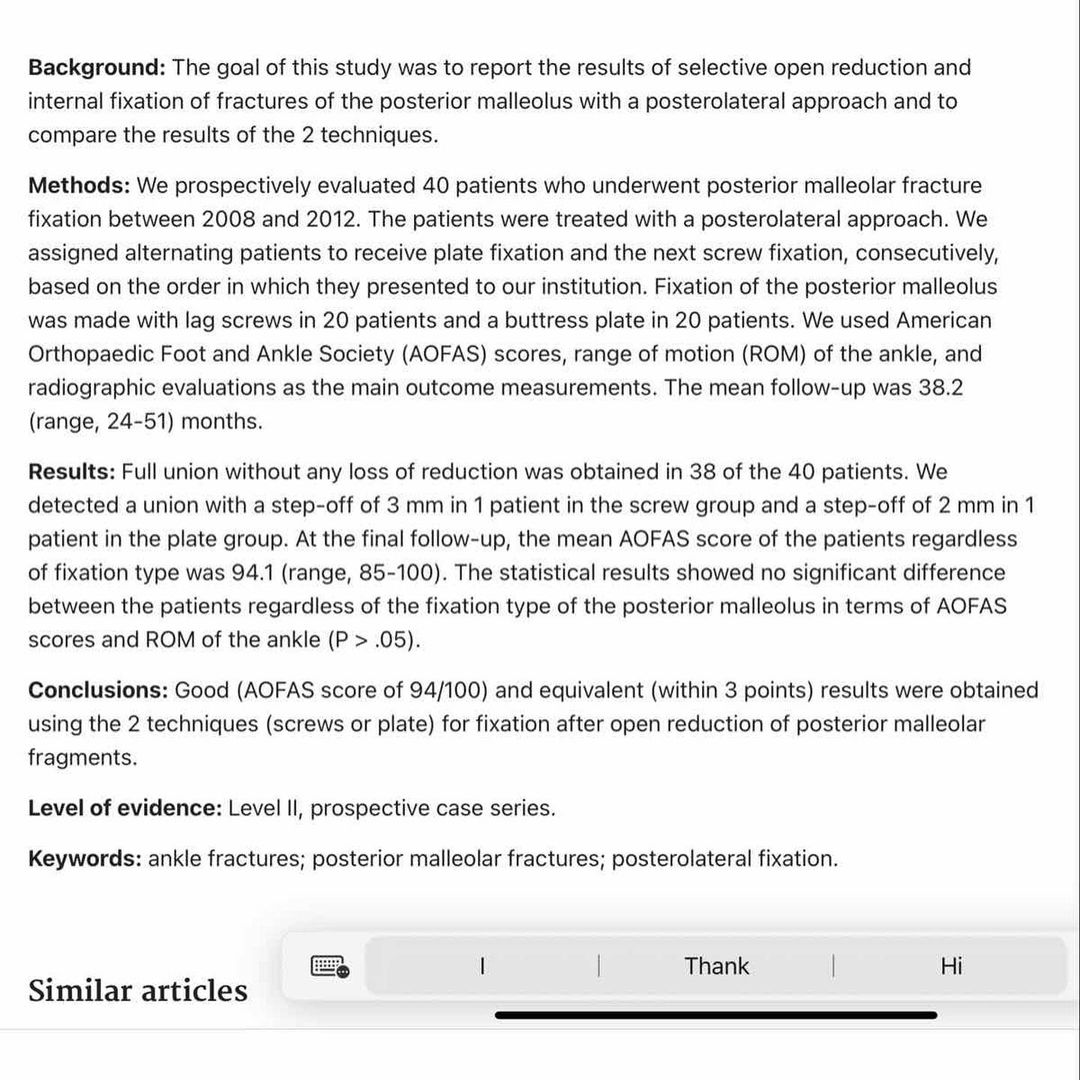 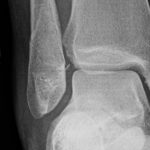 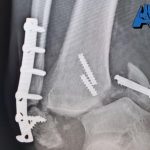